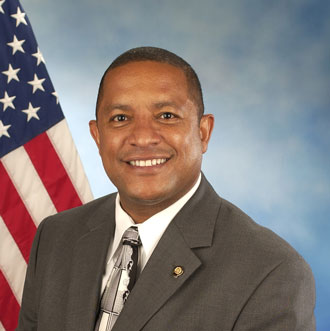 Harry Pillot entered the Army via a Reserve Officers Training Course. He was commissioned a 2nd lieutenant in the Army Air Defense Artillery after graduating from the University of Puerto Rico.  He reported for Officer Basic Course at Fort Bliss Texas in November 1977.

His first assignment was Short Range (Chaparral, Vulcan, Redeye) Air defense Systems Platoon leader with D Battery 1/67 Air Defense Artillery, 9th Infantry Division, Fort Lewis Washington.   He also served as Control Officer and Executive Officer of the Personnel Holding Detachment (PHD) where he was responsible for the separation of recalcitrant personnel under other than honorable conditions.   He was promoted to 1st Lieutenant in 1979.

He was then assigned to HHB 2/67th Air Defense Artillery Battalion, 1,st Infantry Division, Goeppingen Germany, where he served as HQ’s Battery Executive Officer, Assistant S-3, Battalion Air Space Management Officer and Battalion S-4.  He was promoted to Captain in 1982.

In 1983, he attended Officer Advanced Course at Ft Bliss Texas, where he was trained in the Hawk, Nike Hercules and Patriot missiles systems.  After completing the Advanced Course, he was assigned to the HQ 1st Cavalry Division, Fort Hood, as Assistant G-3 (Training and Ranges).  He then was assigned to the 1/68 Air Defense Battalion, 1st Cavalry Division as Assistant S-3 (Operations Officer).  In 1984 he assumed command of D Battery 1/68th Air Defense Artillery.

In 1986, he was promoted to Major, and rebranched as an Operations Research Analyst, attending and completing the Operations Research and Systems Analysis-Military Applications (ORSA-MAC ) course.  He was then assigned to White Sands Missile Range, New Mexico where he was responsible for close combat computer Modeling simulations. He worked with combat simulations at the Company through Corps level.

In 1991 he was assigned to the HQ 2nd Infantry Division, Camp Casey, Tong Dong Chong, South Korea. There he performed the duties of Force Integration Officer, responsible for the fielding and integration of new equipment to the Division.

In 1992 he was then assigned  to HQ Test and Experimentation Command, Fort Hood, Texas, where he evaluated the operational capabilities of equipment for HQ Department of the Army level acquisitions.  In 1994 The Army offered an early retirement, with full retirement benefits and pension, MAJ Pillot decided at that time to retire and serve the country in other venues.

MAJ Pillot’s education includes a Bachelor’s of Science degree from the University of Puerto Rico and a Masters of Science degree from Florida Tech in 1989. His military education includes the Army Air Defense Artillery Officer Basic and Advanced Courses, as well as Command and General Staff College.  He is a graduate of the Operations Research and Systems Analyst Military Applications Course, Army Logistics Management College (ALMAC), Ft. Lee, Virginia.  Additionally, he completed the Reliability, Availability, and Maintainability (RAM) Course from ALMAC, and the Computer Simulation Course from the Avery and Law Technical College.

After his military retirement, MAJ Pillot continued serving as an Army Civilian, achieving the grade of GS15 before his 2nd retirement in 2016.

Today, Harry spends his time volunteering at the Nike missile base in Everglades National Park, Target Shooting, and participating in Cowboy Action Shooting.