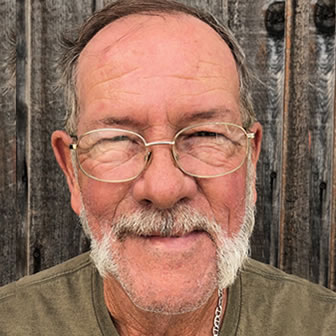 This veteran visit in Islamorada, FL was a little out of the ordinary as Robert recalled enlisting in the Navy instead of going on to the ninth grade in school.

A notable story from his time served includes his presence one mile at sea off shore of Cuba during the attempted Bay-of-Pigs assault. His vivid recollection and description of B-52 bombers flying at low altitude, with full flaps, loaded with ordinance and gear down was spellbinding. He said the concussion and vibration of the flyover was enough to violently shake the Navy vessel he was patrolling in.

After the service, Robert spent a significant part of his work life with Paul Neal “Red” Adair, the American oil well firefighter who became notable as an innovator in the highly specialized and hazardous profession of extinguishing and capping oil well blowouts, both land-based and offshore.

Robert went on to mention that he assisted in extinguishing 9 major fires in Kuwait, but wanted the remainder of his interview and story to be about the passion he nurtures to help and comfort homeless veterans in the Florida Keys and South Florida on their path to rehabilitation.

One of Robert’s most popular events is names “Fish with the veterans in the Keys.”

At the time of this veteran visit there were 6 homeless veterans living aboard Robert’s boats that were dedicated to his upstart initiative named “Active Veterans in America Past & Present.”

Contributions of food and clothing for these veterans are donated from local area merchants. The veterans contribute to this benevolent effort by helping to maintain the grounds, and recondition the donated boats.

As Robert is bootstrapping this effort with another like-minded veteran, all he asks is for donations and contributions of equipment and skill-sets that will further his cause.

If you would like to make monetary, equipment, or skill set contribution to the cause of assisting homeless military veterans, please let us know in the Contact Us section of this website and we will put you in touch with Robert and his organization “Active Veterans in America Past & Present.”