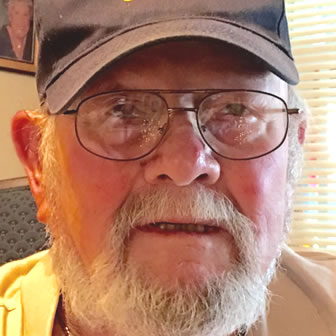 He joined the Navy when he was 17 and got to wear both a Navy and Marine uniform during his time in the service because of his assignments.

Ralph spent most of his military time serving as a medical technician. He also served as a nicknamed “Bubblehead” aboard a variety of Submarines including the Threadfin, Chopper and Spankfish and later, as a nicknamed “Skimmer” he served on the Destroyer 862 named the Vogel Sagnag.

When he retired from the Navy he located to Oldsmar, FL before moving with his wife Betty of (now) 64 years to Homestead, FL where they are still together with a stray cat that makes Ralphs bed his home.

Ralph worked with 3 or 4 medical doctors in Key West, FL as their medical technician. At the time of his civilian work retirement, he was employed as a “Cop” for the Florida Marine Patrol.

The June 28, 1977 issue of US Magazine includes a feature article entitled “Cop Ralph Tingley always gets his man-even in the deep.” It describes how Ralph caught a lobster poacher underwater and hauled him to the surface for arrest. In his office he displays a picture of himself next to the legendary Lloyd Bridges from the popular TV services in 1958-1961 named Sea Hunt.

Ralph rode motorcycles across country namely on a Harley and a Yamaha.