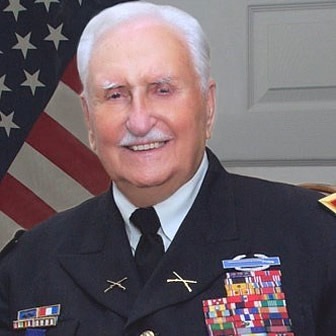 Glenn D. Frazier joined the U.S Army on July 3, 1941 and requested to be stationed in the Philippine Islands. He attended four months of Army Ordnance Training School in Manila until his training was interrupted by the Japanese attack on the Philippines on December 8, 1941 just hours after the surprise bombing of Pearl Harbor.

For the next four months, Glenn relied on his Army training and country-boy ingenuity during the Battle of Bataan. Serving in the 75th Ordnance Company, he worked to keep the front lines supplied with ammunition. Promised reinforcements and supplies never arrived, but the American and Filipino troops fought off the invasion as long as they were able.

Although left with orders to fight to the death, on April 9, 1942 General Edward P. King instead made the difficult decision to surrender to the Japanese. What General King could not have envisioned was the long grueling trek the weary troops would have to endure over the course of the following week. Glenn Frazier and his fellow captors would be forced to walk without rest or food for the next seven days in what would become known as the Bataan Death March.

Thousands of Americans and Filipinos died on the march. Those that managed to survive were sent to Japanese POW camps. ​

Glenn Frazier was soon shipped to the Japanese mainland where he was held in forced labor camps until the end of the war – over three years later.

This incredible story of bravery and survival is thoroughly documented in the spellbinding book “Hell’s Guest” available in print here > https://www.colonelfrazier.com/the-book and in Audible audio format.

Glenn’s listing, here, is the result of him autographing a copy of his book for my son Tim and his wife Wendee when they recently visited the USS Alabama in Battleship Park in AL. My son sent me a pic of the autographed book he had just received. I ordered it along with the audible version and listened to the entire book in 2 days.

Thank you to his beautiful wife, Terri, for her telephone conversation with me about the book and a movie that is in-the-works about this incredible story.