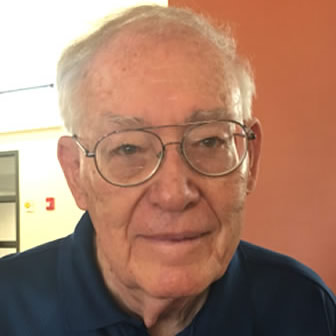 Bob Jensen grew up in a small farming town in Northwest Iowa. While he was still in high school the Harvard graduate son of the local undertaker attempted to recruit Bob into the Navy Reserve as a cryptologist.

Later when Bob enlisted in the regular Navy at age 19 his parents were mildly supportive. While still in boot camp he was selected out for the Naval Security Group, probably as a result of the efforts of the Navy Reserve commander in Sioux City Iowa.

The Navy trained Bob in the German language at the Naval Intelligence School in Washington DC, in Polish at the Defense Language Institute in Monterey California, and in Special Arabic at the National Security Agency in Maryland.

He served three tours at the National Security Agency, one in Bremerhaven Germany, in the Philippines, in Iceland and at the US Embassy in Nicosia Cyprus as well at the Naval Security Group Headquarters where he was a member of the Inspector General team and on the operations staff.  His final tour was in Homestead Florida first as the operations officer and then he fleeted up to Executive Officer.

For the last 33 years he has served as an officer of the First National Bank of Homestead, later renamed the 1st National Bank of South Florida.  Bob has served in the Miami-Dade community in many capacities and has maintained a close relationship with the military through the Military Officers Association of America, the Air Force Association and the Military Affairs Committee of the South Dade Chamber of Commerce.

Bob and his wife Meda travel the country in their RV and reside in Homestead, FL.